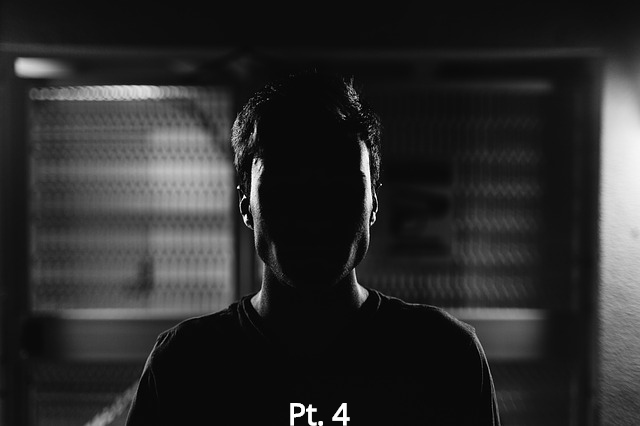 This poem resonates with Brother Clifton’s last moments and what his actions near the end meant. There are two things to be considered when talking about what happened when the IM sees Brother Clifton for the last time. One side says that Brother Clifton, by trying to sell the Sambo dolls, is mocking those who smile and let others step on them like the caricature that the Sambo dolls represent. His actions could also be explained by the fact that he’s given up hope, seeing the organisation he’s worked in moving further and further away from its original goal and is acting out of desperation or a sense of hopelessness. This can be seen in the lines highlighted in the second to last stanza where it refers both to the “yes” man Sambo represents and the fact that the white man is untrustable when it comes to the fate of the brother, where, in almost every instance in the book, the white men (except Emerson Jr.) have been working against the black people, working ruin among the black community with honeyed words and empty promises (in Clifton’s case, the power-hungry Jack).

The second stanza, with brothers being lost at sea, can also be linked to the fact that not all the black characters in the book like Brockway and Bledsoe are interested in the advancement of their people aka being lost at sea. The next section is about mothers burning without being able to put it out. The first thing I thought of was the memory the IM has about his grandfather and how his mother had reacted to his grandfather’s words, ushering the children out of the room. She could be one of the brothers lost at sea too, a Sambo doll. On the other hand, it also reminds me of how black women were often raped by their masters and they couldn’t do anything about it. Nobody would listen to them and it happens over and over again. This ties back to the prologue where one of the things that the IM hallucinates while listening to music was a black woman talking about her mulatto sons and about how she both hates the man who raped her and loves him for giving her her sons so she is tormented by this paradox. I think this is characteristic of a lot of people are told to listen to others. Their instructors try to force them into a reality that the listener knows is somehow wrong but they’re unable to grasp it because it’s all they know so they get confused. This is true of the oppressed whether it be a race or an innocent child.

Since we’re nearing the conclusion of the book, I want to look into the effect of political satire and the sort of cynical commentary featured in this book.

To start with, it has been noted that the late night shows have been instrumental especially in the past two years in keeping people informed. With the official news outlets being bombarded with new scandalous headlines every day, viewers aren’t able to focus on any one issue for a significant time and the result is that often, the trivial and the scandalous takes prominence over the more mundane aspects of national news and this is dangerous. The mundane may consist of Congress’s activities, it may be events in foreign policy or it may be about the numerous movements taking place in the country right now.

Early studies of the content of late-night comedy monologues suggested that late-night political jokes tended to focus on the executive branch and were almost “devoid’ of policy content, focusing instead on personalities and weaknesses of individual politicians (Niven, Lichter, and Amundson, 2003). Recent research on the content of televised political humor complicates these initial observations. The themes included in the content of The Daily Show, for example, are often more issue-oriented than those of Leno or Letterman (National Annenberg Election Survey, 2004). In fact, scholars have found comparable treatment of substantive issues across the content of The Daily Show and network news broadcasts during the same time period (Fox, Koloen, and Sahin, 2007).

During the past decade, several reports from the Pew Center for the People and the Press concluded that young people, more so than older people, were increasingly reporting learning about politics from comedy shows (Pew, 2004). At the same time, young people were reporting lower rates of learning from traditional news programming. Yet the contention that young people are abandoning traditional news in favor of comedy programming is not supported by existing research (Young and Tisinger, 2006). Youthful late-night comedy viewers are more likely to be consuming news on cable networks, on the radio, and online than their non-comedy-viewing counterparts. Cross-sectional studies also contradict the assumption of the “politically disengaged” audience, as late-night comedy viewers, particularly those of the Daily Show, are more politically knowledgeable, more participatory, and more attentive to politics than non-late-night viewers (Brewer and Cao, 2006; Brewer, Young, and Morreale, 2013; Cao, 2010; Cao and Brewer, 2008; Young and Tisinger, 2006).

Qualitative and cultural research has chronicled how and why the once-strict divide between entertainment and news no longer exists (Baym, 2009a; Williams and Delli Carpini, 2002), and that scholars should explore political humor not as an alternative to political information, but as an alternative form of political information (Baym, 2009b). Work by Baym (2005, 2009a) highlights how political humor challenges the notion that journalistic practices such as objectivity and sensationalism are necessary or beneficial to society. Work by Jones (2009) and Van Zoonen (2005) suggests that by addressing political themes outside the traditional elite model of political discourse, political humor might invite more people into the political conversation.

One of the points raised in the paper was about how political commentary is more engaging to the audience so people pay more attention and connect more personally with what’s being said. I think this is true in a lot of instances in IM. The IM himself doesn’t have a name nor does he have a physical description so he is supposed to be the ultimate conduit to conduct us into his world and experience his frustrations and setbacks from his point-of-view. Since the narrator is the IM from the future, the tone in various parts of the story has a sort of irony where the situation at hand is described and the IM having an inadequate reaction. It is as if he was mocking his past naivety. Ellison also draws upon the political climate during the 50s and makes parallels to historical figures like W.E.B Du Bois and Carver Washington. More importantly, because the IM has a relatable background as a college-educated citizen, even those who aren’t able to identify with his plight can imagine the scenarios described may affect themselves. By making scenarios really personal with parallels to real life, Ellison not only can provide criticism especially when the innocent IM is horribly mistreated but also put these scenarios in a more pronounced setting than what a typical person would experience, safely removing the reader from experiencing too personally some of the more morbid and graphic scenes in the book. In all, the form of a novel allowed Ellison to more deeply explore the more nuanced aspects of a black person’s life and allowed the readers to better understand them and be more willing to accept them as real.