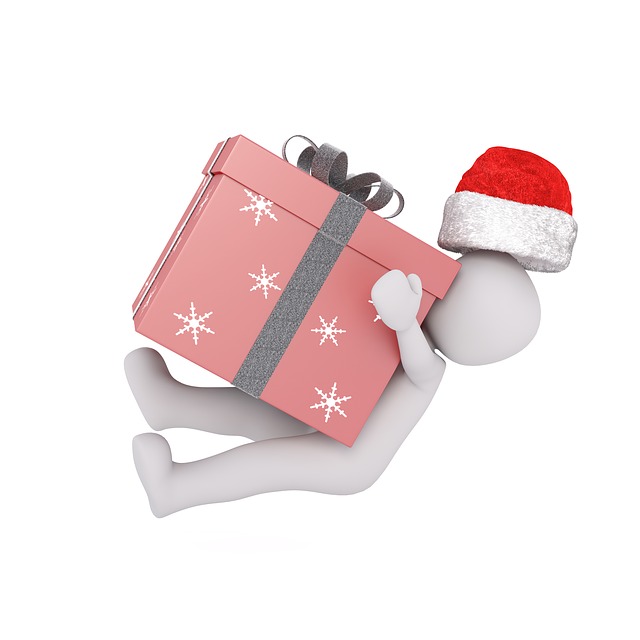 ‘Tis the season of giving (or at least, it was when I began this article in December).

Normally, everyone is happy to receive a gift but there are times when a gift isn’t welcome. Imagine being given something you didn’t even want in the first place and being told that it was the greatest gift anyone could give you and that you should feel grateful because of it. On the other side, there are people who feel responsible for whatever good fortune you have and try to take credit for it by holding the word “ungrateful” over your head.

One of the biggest examples last year was in the #TakeTheKnee protests. The protests, originally as a way to raise awareness about police brutality against African-Americans, were misconstrued first as being unpatriotic and then as being disrespectful against the anthem and the United States Armed Forces, totally ignoring the original intent of the movement. The players and other members of the black community who participated in the movement were called ungrateful in the media and about this same time, they were attacked for being “spoiled millionaires” and that if they have the nerve to protest during the national anthem, then they should get off their spoiled rich butts and join the military.

That is not the point!

How do people fall for this? I know this rant has been a long time coming and this movement isn’t front-page news anymore but Outlet isn’t about current events, it’s about the bigger picture. We talked about American ADHD before where people were somehow or another tricked into ignoring a big problem but since Trump took office, this has been happening constantly.

This is a strategy to divert and distort. This strategy calls upon the existence of the absurd fetish patriotism that exists in American culture. Living in America, you would not think that our reverence for the national anthem and the flag is strange but once you get outside of the US, it does look really strange. It is almost like a dystopia where people are expected to pay ultimate respect to a song and a piece of fabric while fervently believing in the superiority of their way of life. I have said so before and I’ll say it again; you know there’s a problem when people pay more attention to the potential “disrespect” towards inanimate objects or a song especially when the citizens of that song and flag are neglected and demonised.

Here’s a clip from Real Time that talks about this very thing (albeit in stronger terms).

This sort of expectation of gratitude for what should be a God-given right isn’t something new either. The slaves were expected to be grateful for the life they had on plantations under the shackle and whip. Why? Because their masters “saved” them from a barbaric life in their home country and made them worthy to serve “a greater purpose” by so graciously gifting them the mercy and love of God and his Son.

As one of the many activists who helped free South Africa from apartheid, Desmond Tutu characterises it like so:

There are so many other examples of this which is especially sickening to me because this expectation of unconditional adoration and admiration in return for not doing anything — rather harming the people that you’re expecting that adoration and admiration from is so much like what a narcissist parent does. Besides the physical, economic and social oppression of the African Americans who were forced to come to the colonies, they’ve had to struggle to maintain their own identities and cultural history despite all attempts to strip them of that. Even centuries later, African Americans are expected to keep quiet about their abuse and be grateful for what they have as if the anchormen on Fox were somehow responsible for the success and fame of the football players.

People also try to maintain a level of superiority when they do help the less fortunate. The less fortunate becomes another species entirely. A hobo can’t possibly be as educated as you or me. They can’t possibly as intelligent or hard-working as you and I. They are poor and homeless because they have some intrinsic flaw that makes them as unlike the “rest of us” as a human would be like to a garden slug. So, with these expectations and armed with a suitable amount of pity and an overwhelming sense of one’s generosity, what they see becomes a reflection of their “one story” of the poor. Pity and self-serving generosity is a thin screen to hide behind for the lack of knowledge about other aspects of the human experience.

This doesn’t only apply to America. It applies to whenever people refer to “the children in Africa” or “people who are dying of malaria and AIDS”. What is it exactly does that mean? What are you implying when you say that? Perhaps the reason you say it is because you’re just trying to get your stubborn child to eat his vegetables or to be thankful for what he has, but if you also don’t make it clear to that child that there is little else besides circumstance that separates him from those whom you’re speaking of, then your child will also assume erroneously the character and strength of people he’s only heard about as being pitiful and lacking.

I, for one, don’t believe in altruism. Altruism makes yourself feel better because you then have just cause to think of yourself morally superior and having “done your duty” to the less fortunate. This is also why a lot of problems aren’t solved. What people need isn’t donations to give them food and water and clothes. Those are temporary alleviations. They are temporary solutions to a persistent problem. By empowering people and to make available to them the resources that they weren’t able to access, then poverty would only be a temporary state for those who fall into it because people automatically want to do better by themselves (because some people think that those who are poor like being poor). That’s what a lot of humanitarian organisations are trying to do but there isn’t enough motivation in society at large to help people help themselves because we’d rather provide those temporary solutions than to think that the less fortunate are just like us. As it were, some would like to maintain their high ground so that they can continue to show their “generosity”. A good literary example of this can be seen in Jane Austen’s Mansfield Park where Sir Thomas only tolerates Fanny when she is kept in her station and once she shows signs of independence, he sends her back to her impoverished mother to learn some gratitude and humility.

To end, here’s an excerpt from a poem by the ever-progressive Rudyard Kipling, encouraging the US to colonise the Philippines:

Take up the White Man’s burden—
Send forth the best ye breed—
Go, bind your sons to exile
To serve your captives’ need;
To wait, in heavy harness,
On fluttered folk and wild—
Your new-caught sullen peoples,
Half devil and half child.
Take up the White Man’s burden—
In patience to abide,
To veil the threat of terror
And check the show of pride;
By open speech and simple,
An hundred times made plain,
To seek another’s profit
And work another’s gain.

Lovely, isn’t it? Tell us again how hard life is when you can get a fast food employee suspended from her job for referring to you as a white boy.

This is Lieutenant out.