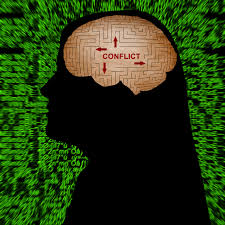 “Raw” as in, “I wrote this in twenty minutes”. No edits. Nothing.

This brings up a topic I briefly touched on in one of my other articles, A Growing Standard: Student Apathy, in which I introduced the “exhausted professional”, someone that works solely for the tokens that come with it. I once had this view, and this is an elaboration on it, and how I’ve overcome.

Sheepishly, I tell her, “I don’t even know if I want to go to college.” It’s something I kept bottled in for a while. And it was like someone shook that bottle a thousand times over, and the carbonation was just dying to be released.

I was dying to be released.

She looked at me with shock, disappointment, frustration, that her straight-A, top-of-the-class daughter would even utter those words. But I was just as confused as her in that moment. Like I had been for years.

I remember in my freshman year when I first told her my interest in writing. She told me, “Don’t major in that, that’d just be a waste.” Those words resonated with me for the rest of my high school career to the point that I tried to detach myself from writing. I started to write things that didn’t matter. Like writing didn’t matter.

It came to the point where I didn’t like writing anymore, it was just something I was pretty good at.

There was always turmoil in my mind. I would spend countless hours looking up “Ten most in-demand jobs”, “Jobs that make the most money”, “Best paying jobs of 2017”, hoping that maybe I’ll see a career that’ll spark my interest. But unfortunately, it was always an ineffective task that just left me more confused.

And any spark that I may have had quickly died out.

“I’m thinking about being an immigration lawyer.”

“I’ll just be an anesthesiologist.”

“It’d be cool to be a civil engineer.”

And it surely would be, for someone else. But just looking at the restrictive, professional nature of these jobs absolutely scares me. I wouldn’t be able to take being just another face in the workforce, I’d explode. I’m too fragile, and I’d hate to be the cause of my own unhappiness.

I’d wish to have a job in which I’m my own boss. A job where I don’t have to answer to anyone. A job in which I can make money whenever I want.

But how far-fetched that would be. I could understand my mother’s confusion. I always did well in school for the sole purpose of getting scholarship money for college. But the subjects I was learning were so monotonous, and it led me to become apathetic towards learning. If only it were up to her, I would have a job as a computer analyst/engineer/some other smart-sounding occupation.

It doesn’t help that my dad wants in on the action. He tries to tell me what to do from where he is, as if he could even tell if I’m obeying him or not.

I’m used to people trying to control my life. I’d consider it a facet of it, second nature.

But I want control of my life now. I don’t want to detonate or explode. I just want to be comfortable. I’m satisfied with the person I am, I just wish other people were. That they’d see that I’m not just my grades or my leadership positions. That I’m a person deserving satisfaction and not living a life of drudgery as a passionless workaholic, working for a check.

My mom responded by saying, “You can do what you want, Adri, but I don’t want you to give up on all of this because of me. I hope I didn’t make you this way.”

I didn’t want to tell her that I felt like it was her fault, because I know she cared about me.  She just didn’t want me to struggle trying to pursue an unrealistic job. But that’s up for me to decide, no one else.

According to the “State of the American Workplace” Gallup poll of 2016, 51 percent of Americans “feel no real connection to their work.”

Another 16 percent resent their jobs.

Just something to keep in mind, I suppose. I know I have.

iThere are no comments

Begin typing your search above and press return to search. Press Esc to cancel.