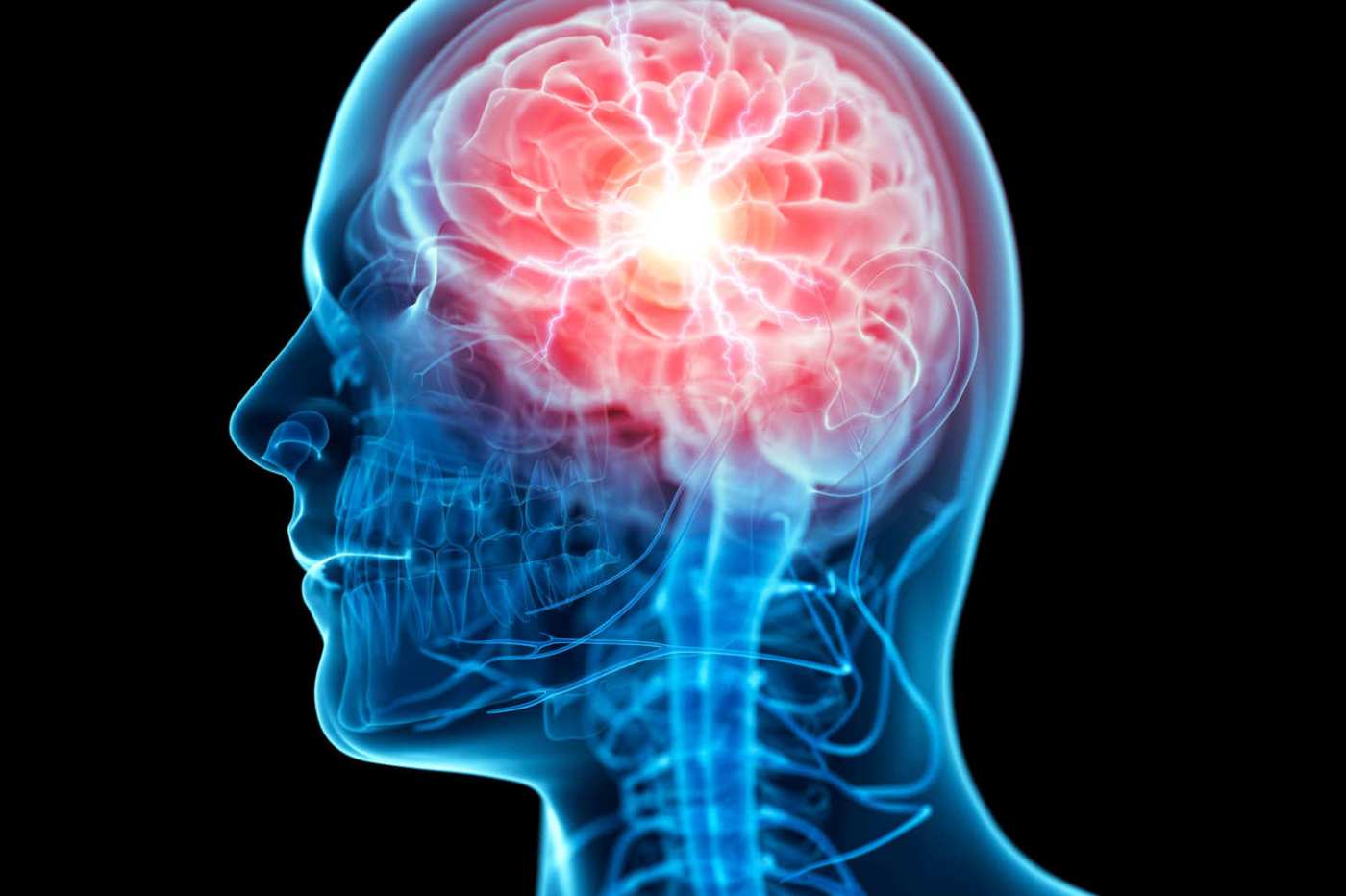 *This Experimental Design was a project for an AP Psych class so it’s not representative of what a real experimental design looks like. This design also ties into a previous article on the site that goes over tbe subject of the study a little less formally. This design was based off of said article, actually. Click here to see the original article.

There is a widespread myth that humans use only ten percent of their brains and how it implies that we have a lot of untapped potential. While the myth has been scientifically proven to be false, the fact that the brain usually isn’t usually functioning in its highest capacity might be true. There are concerns regarding the impacts of external factors on the brain’s performance in certain activities, like temperature. In order to test if there are effects on the brain in different temperatures and what the potential outcomes are, we are researching this topic and conducting this experiment to see if adult individuals placed into different temperatures will yield significantly different test performances.

The human brain accounts for 25% of the body’s total glucose utilization and 20% of its oxygen consumption. While using these biological fuels for its cognitive processes, the brain also generates a lot of heat. However, to the fragile neurons in the brain, any significant deviance of the temperature from the baseline would cause incomparable damage. We also know that the brain has a maximum temperature limit, but its minimum temperature limit is not yet defined, meaning that the brain ails under high heat while it is more resistant under cooler temperatures. These points are supported in the naturalistic observational study conducted by Kiyatkin, E. A. (2010), where it stated, “Brain cells are exceptionally sensitive to heat, with some irreversible damage starting to occur at ~40°C, only about 3°C above normal baseline, and progressing exponentially with slight increases above these levels.”

While our brains are liable to overhead, we have also evolved ways to maintain the temperature. In “The Rationale for Human Selective Brain Cooling”, the authors B.A. Harris and P.J.D. Andrews (1970, p. 738) listed three ways in which humans have adapted to help maintain our brain’s temperature, “[the] cooling of venous blood by the skin which in turn cools the arterial (carotid) blood supply to the brain; cooling by heat loss through the skull; and cooling by heat loss from the upper airways.” With so many adaptations designed to cool the brain, then it is evident that keeping the brain’s temperature as close to the baseline temperature as possible is crucial to our survival. It also means that because of the amount of heat being exchanged at the level of the skin from the brain, then the room temperature of a location will affect the brain temperature of everyone present. Harris, B.A. et tal.’s paper was based on anatomical study and it also goes on to say that, “as the brains of early humans grew in size, their emissary veins developed in tandem, which supports the radiator theory that as humans evolved and developed bigger brains they must have developed an increased venous cooling capacity.” What that means is that by using existing data about our evolutionary history, it has been concluded that as our brains evolved to become more complex and more adept at higher-level thinking, as evolving bigger brains means the development of the limbic and the mammalian brain and therefore the development of higher-level thinking, our species developed more sophisticated cooling systems in tandem. In other words, as our brains began developing higher-level cognitive abilities and our brains began using up more energy and generating more heat from those abilities, we needed more effective and complicated cooling systems to keep up the level of thinking we were doing, therefore demonstrating the importance of the temperature of our brains in our level of cognitive ability.

There was an experiment done by Haider, B. et tal. (2010) that concluded that there were inhibitory neurons in our brain that stopped the brain from consciously processing information that is deemed irrelevant in an effort to save energy. In other words, because the brain is trying to conserve energy and limit heat output, it is also cutting back on what sensory information it is processing and committing to memory. This means that most of what we see and hear etc through our five senses and most of our more fleeting thoughts are lost before we are even aware of them. If the brain were to be in a cooler environment, then perhaps it won’t need to cut back on its processing power as much and our cognitive ability will grow as more information will be consciously available to us.

These studies all support the fact that the brain does, in fact, benefit from lower temperatures to offset the amount of heat it generates. While these studies don’t strictly show that cognitive ability is linked to temperature, it provides a strong foundation in which we will base our study on in proving the relationship between a cooler room temperature and higher cognitive ability.

Our study will be an experiment where we will administer creativity tests that test the participants’ cognitive creativity in the form of spontaneous drawings with nudges in the form of abstract shapes or lines. We will also administer cognitive tests similar in nature to CogAT to test cognitive ability in pattern recognition and spatial awareness as well as other high-level mental processes. The participants would be tested first in a room-temperature room to establish their baseline score before being tested again in their experimental rooms with varying temperatures. Our conclusions will be drawn from the difference in the participants’ scores from each individual’s first round of testing to the second, therefore their improvement or decline in test performance would be calculated in relation to each individual’s original score. By doing this, we hope to see if the temperature of a room affects cognitive ability.

To make sure that the data collected from the experiment was really dependent on room temperature and was not up to chance, we have to have a control group that will test both times in a room-temperature room (seventy-three degrees Fahrenheit).

To control for confounding variables, around several day’s time will be given to adjust for potential jet lag after the randomly selected adults travel from various locations in America to the place where the experiment will be conducted. The participant’s overall level of health, with factors like sleep, diet or stress level, will be monitored and kept with little to no variation between the two testing periods. Besides the room temperature, every other aspect about the rooms will be the same for every room so that distracting posters, noise, or other such things will not be present to affect concentration when the participants switch rooms. The participants are also all going to wear the same clothes in both rounds of testing to ensure that their body temperature is consistently being affected by the temperature of the room. The participants will take their first test and their second test at the same time of day so that the impact of different cognitive levels at different times of day for each participant will be nullified. The participants will also be provided with adequate water for both rounds of testing so that another important factor of brain functionality, hydration, is being controlled for. Different tests will be administered in each round of testing so that participants do not get the chance to be more familiar with the test in the second round. The difficulty of the two tests being administered for both rounds of testing will be maintained to ensure that the scores aren’t affected by an easier or harder test in the second round. Of course, we will make sure that participants aren’t affected by other participants by testing each of them separately. There is a time limit of one hour for the cognitive tests and the tests will be made so that it can reasonably be completed in this time. This is so that everyone has the same time limit and it will be made clear to participants that they are under such a limitation. The time limit for the creativity tests would be thirty minutes so that their creative ideas have to have some amount of real spontaneous creativity rather than let the participants ruminate on what they could draw. The time limit would also curtail the body’s ability to become acclimated to the rooms’ temperatures and would therefore render the difference in room temperature null. To ensure that all participants start off at about the same body temperature, all participants would be required to stay in a room-temperature room for thirty minutes before testing. There will also be small reward for participating in the study to ensure participants’ continuing levels of motivation.

This will be a single blind study, in which the participants will not know why they are being tested or what the variables the scientists are testing are, they will only be aware that they will take the tests right before testing begins. We will also control for experimenter bias by ensuring that multiple scientists facilitate the experiment in order to be sure that no one scientist manipulates the experiment to procure the hypothesized results or interprets the results wrongly simply to prove the hypothesis correct. We will conduct the experiment with participants selected randomly from around the United States in order for the results to be representative of American adults. The random sample will include participants who live in different states and they are going to be gathered together for the test. There will be thirty participants in total with fifteen being male and fifteen being female. For the two experimental groups (hot and cold) and the control group, the participants will be randomly selected to be in any of the three groups. In the experimental round, there will be five males and five females who will test under each of the room temperature conditions to ensure fair representation of genders, all randomly selected, of course.

Any scientist or other individual/group must follow this guideline in order to conduct an ethical experiment. The experiment that we would conduct does conform to all the APA ethical guidelines. The thirty participants in the study would all be informed of the objective of the study and decide to give consent. It would be made known before the experiment started that they can withdraw at any moment. Neither will any of the participants be physically or emotionally harmed; they would be given the task to complete a creative and a cognitive ability test in different temperature rooms. The identities of the thirty participants would not be revealed at any given time, and they would be fully debriefed when the experiment is complete.

If completed, this study would benefit the human race. This experiment could provide insight into ways that employers and educator could use to enhance cognitive ability, improving the education that children in schools receive and the productivity of the workplace. If it is proved that temperature affects cognitive ability or at what temperature the brain functions at the best then it would enrich the human race. It could lead to further knowledge of the brain and change the temperatures in school buildings, work environments, public establishments, etc. so that the individuals spending time in these locations work and perform at their maximum potential.