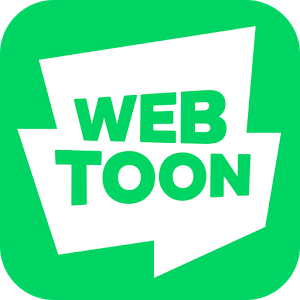 I don’t know how many of you guys read manga or manhwa but for those who do and want more reading material, there’s a site called Webtoon that is AWESOME!! The URL is simply webtoon.com and it’s so good!! The types of stories on there are usually really good (at least, the ones featured on the front page or the discover page) and the website/app (cuz they have both; I use the app more than the website) has a wide variety of genres that you can choose from. These are my favorite picks from Webtoon so far, let’s begin (in no particular order):

This series, in a nutshell, is about a bunny-eared clinical psychologist. Dr. Frost, the co-main character of this series, is a psychologist with a mysterious past. He became a professor at one of Korea’s best universities at a very young age. He is considered to be a prodigy in terms of diagnosing and treating mental “imbalances” within people he comes into contact with. The strangest thing about him, though, is that he is unable to really feel the full range of emotions most of his clients can. Not only does the series go into individual case studies of certain mental conditions, it also offers a behind-the-scenes look at what it’s like on the psychologist’s side of things. It is written by someone who is certified in psychology and the author also has the expertise of specialists with whom he consults with so you can trust the information presented in this webtoon. The best forms of entertainment are also those whither you can gain knowledge and Doctor Frost is definitely one of them.

[Side Note: If anyone knows Korean, please help translate Season 3 of Doctor Frost to English. The Korean version of Season 3 has already been out for a while but no one’s translated it yet. T-T]

The question is a philosophical one. Do you still believe in innocence? Do you still believe in dreams? Do you believe in fate or do you believe in creating your own path? Are you bound to someone else’s plan or are you in the middle of the flower field that you’ve created in your mind? This webtoon is beautiful not only in its message but also in its art. The author selectively drops color into his work which makes it all the more impactful when he does use color. The plot might be a bit slow at times but the finale was flawless. For the lost souls in this modern century, this will speak to your troubles and your heart.

This is a twist on the classic Frankenstein story. The Creature, in this webtoon, is Winter. Since he is an artificial being without a heart, he does not age and hasn’t for over a century since his creation. In modern times, he meets with a certain red-haired girl and his quest for humanity begins. Contrary to the story of Frankenstein’s monster, Winter doesn’t have the hideous physique or the imposing stature. However, he is simple like a child and still has to learn the ways of life when he has been so accustomed with one of death. He meets many new friends, all of which have their own struggles and secrets, and he slowly works his way to becoming a real person. Although the story is listed under romance, it could qualify as a coming-of-age story as well. This is a story about a creature who slowly becomes alive as time and people melt the stagnancy around him.

This is more light-hearted and more fantasy-like than the other entries on this list. The premise of this webtoon is that the main characters get trapped in the Nightmare Factory where, for the next 24 hours, they’re going to be faced with their biggest fears. If they fail, then the Game Master of the Factory will be entitled to 24 years of their lives. After that, the story gets a little crazy but the art is amazing and the characters are amazing. The author, Snailords aka Aidyn aka Mi’lord, also has another series that is complete called Snailogy where he basically uploaded comics that reflected his mindset and his life story. If you like fantasy stories with awesome art, check this one out.

Knight Run is one of those sci-fi series that has completely cut its ties to Earth. It is insanely futuristic (but more on the organic kind rather than the modernistic minimalism kind) and it heavily features combat as a plot driver. The premise to the story is the classic aliens-vs-humans battle on a massive scale. The characters are well-developed and the plot pacing is pretty good. The only thing that some people might be turned off by is the amount of actual reading you have to do (because reading webtoons apparently means having minimal text). In any case, the world-building that the author does is magnificent and it updates regularly so the series will last for a long time. There are multiple arcs within this series featuring different characters within each arc with only references to previous arcs so it’s like you’re seeing different sides and times in this specific universe. The series sort of reminds me of Ender’s Game in its tone and pacing and the alien battles are drawn to perfection and overall, I really enjoy the series even though it is one of the lesser-known ones because of the amount of reading you must do.

That’s all for today. Let me know if you use Webtoons and what series you would recommend. Like if you’ve been persuaded to read one of these series and follow for more of these sort of posts in the future.

This is Lieutenant and I’ll talk to you later.

[Side Note: None of the pictures on this post belongs to me. All credit goes to whomever it is due.]