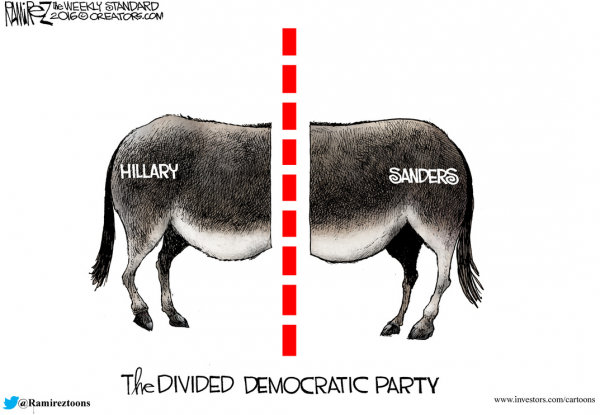 Let me just say straight out that I am a fan of Bill Maher’s show, Real Time. Recently, in his shows, he’s brought up an interesting point that I have also noticed. That is, the average Democrat and especially those who are famous are way too soft. Why do we fear offending people so much? More importantly, why do we think so many things can be offensive at all? And why do some of us apologise when anyone accuses us of being insensitive or offensive when most of the time, the people who demand these apologies aren’t the people who are supposedly supposed to be offended?

Then there’s the problem of people focusing on the wrong things. I see people focusing on the size of Donald Trump’s Inauguration Day crowd more than they are focusing on what he has actually done in the past several weeks. And there’s a lot he’s done, but these media outlets are still talking about the size of his crowd and the comment sections are exploding with arguments about the topic. Seriously? This isn’t a popularity contest. It doesn’t matter how many people attended his inauguration. It matters more what he has done in the weeks since the inauguration. And stop arguing with people who believe that Trump actually won if they subtract the millions of dead and “illegal” people (seriously, calling people illegal? that’s just lazy. Really though, this is just a euphemism for minorities, as everyone knows) that supposedly voted for Hillary. Why would anyone care? (That was a rhetorical question.) The US presidential election is decided by the College and that’s that. Stop arguing over stupid things that don’t matter and things that you can’t change (however much change.org tries to convince you that you can; the College isn’t going anywhere).

What matters is that while people were looking at polls and how a lot of famous people were denouncing Trump, he had struck a chord in half of the country and attracted the interest of many of the country’s biggest moneymakers (and Russia). So stop being distracted by the sensational headlines and faux-indignation, clear your head and see what’s really there. This isn’t a high school where rumours fly around and drama is the headline of the day–this is American politics and already, Trump is making ripples in the world. Wake the hell up and get the sane people elected, not only as president but also in Congress and at the state and local level. Participate and you’ll see that you’ll have less to whine about afterwards.

By the way, I highly recommend Bill’s show (this is not sponsored) but even I have to admit that recently, the show’s got a bit too much ham with the whole Trump thing.

That’s all for this time. I would love to know what you think. Comment below or contact our Outlet team privately here.

This is where I originally found the cartoon that I used at the top of this page. The image doesn’t belong to me. The credit goes to whomever it is due.