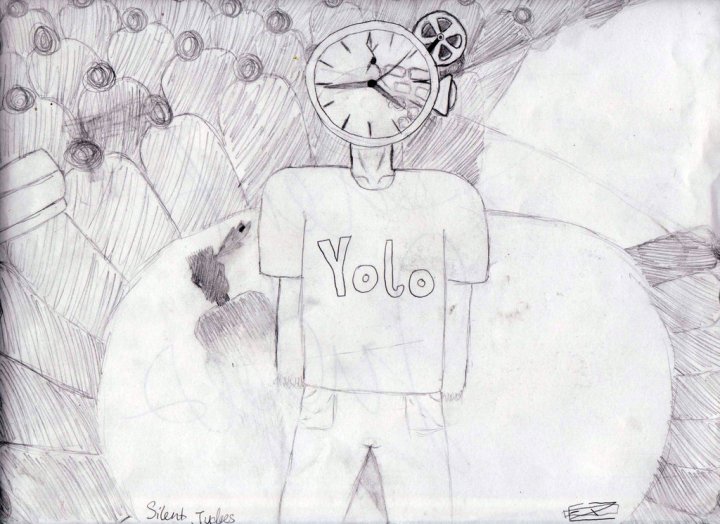 This the first of my neo-surrealistic style works. I only draw in graphite and so far, I’ve found it good enough for what I’m drawing. This was back when I first began drawing so you can see quite clearly that the concept wasn’t very well executed.

In any case, you see the barrel of a gun at the left side of the screen and that the main subject has been shot. He seems to have a clock for a head but his shadow shows a normal human head. His clock head is damaged by the bullet and has stopped. The reflections on the clock face show his dreams and thoughts. In the background, there is a circle of faceless figures that watch silently. On the side of the man’s clock face protrudes some sort of projector with the man’s life story and the faceless figures stand by silently, watching it. While he is dying, the man is totally helpless, both over his current situation and his future. The shirt he wore that day now ironically echo his loss of life.